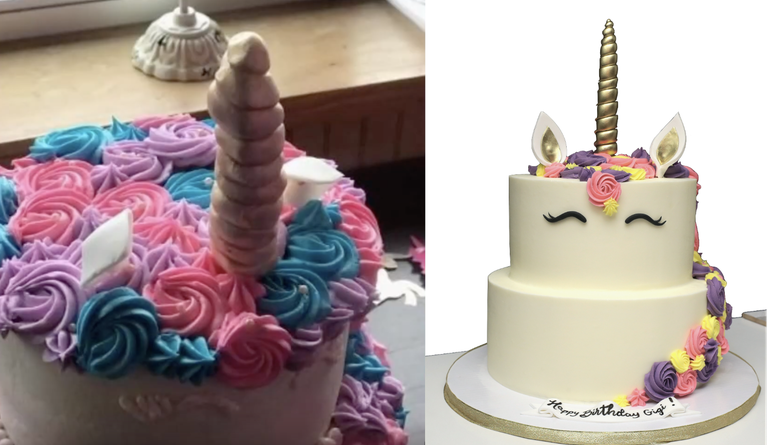 An “embarrassing” custom made unicorn cake has landed two people in court.

Alexandra Schroeder, from Michigan, had been planning her daughter’s fifth birthday party for months. It was held at Whipped Bakery, in Lansing, and was going to be a “baking birthday bash.” She requested a unicorn cake to be made for her daughter, and was not happy with the end result.

“The horn came out in a shape that was so embarrassing,” Schroeder told the news outlet. “It had finger prints on it and was not gold. I could tell that it had been handled. When I asked to see the cake pre-party before my guest arrived I was told it wasn’t finished.”

When the disgruntled mother shared the photos of the cake on social media, it upset the bakery owners who retaliated by claiming her party left a mess and she still owed money.

The bakery refused to comment and says it will be settled in court. 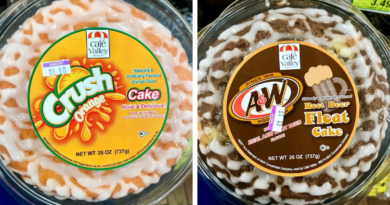 Soda Pop Cakes Are In Stores And We Need Them All 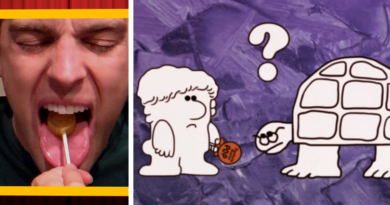 So, How Many Licks Does It Take To Get To The Center Of A Tootsie Pop? 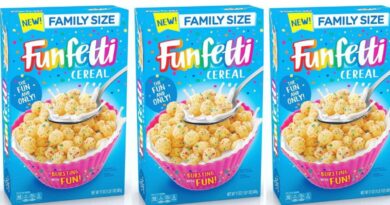