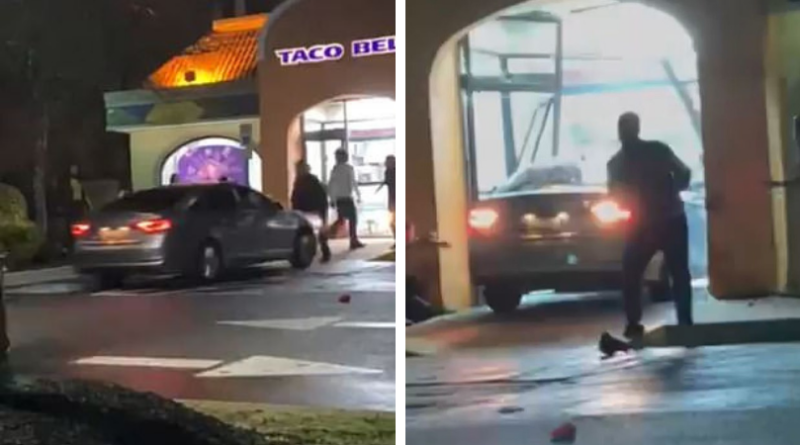 A disgruntled customer purposely drove into a group of Taco Bell staff members after getting into a heated argument in the drive-thru. Police said the incident happened on Wednesday night in Waldorf, Maryland. Witnesses say there was two women in the car and after the incident, they just drove away.

Security camera footage shows the women attacking the drive-thru employee, then driving to the front of the business where the car rammed into a group of people. The car then reverses away from the group but then it pulls up even faster than before and strikes several people, loudly crashing into the front entrance and breaking the glass as onlookers gasp in shock.

Two people were treated for injuries, but no one was seriously injured. The vehicle was later found the car parked near a home by the Taco Bell, police said. Authorities are reviewing surveillance footage as they work to identify the driver. 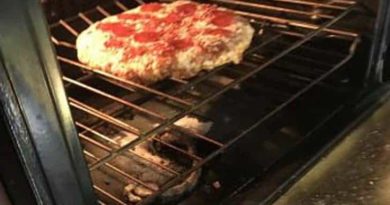 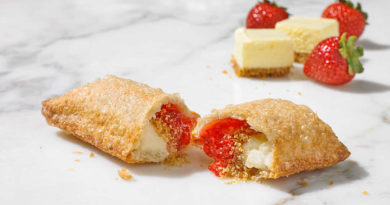 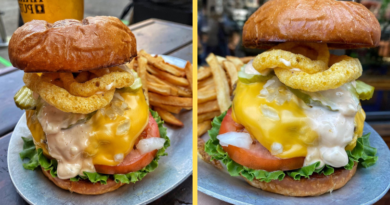 The Daddy Mac Burger Comes With Funyons On It!