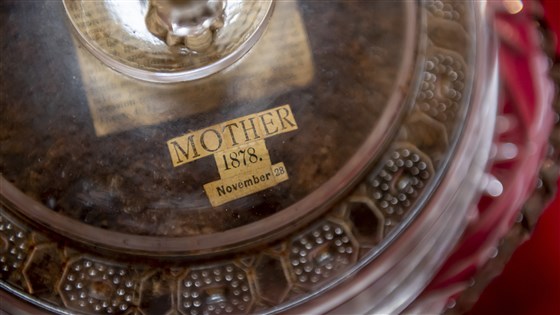 The holidays are a time of traditions and giving. One Michigan-based family has a strange family tradition of doing both….with a 141 year old fruitcake.

Julie Ruttinger, who lives just outside Detroit, Michigan, is the proud keeper of the fruitcake that was baked by her great-great grandmother Fidelia Ford in 1878.

“It’s a great thing,” Ruttinger, 56, told the Associated Press. “It was a tradition. It’s a legacy.”

Ford’s fruit dessert was meant to age for a year before serving. Sadly, she passed away before the time came to indulge in the fruitcake. Ford’s husband being too sad to eat the cake, rested her obituary on top of the cake and enclosed it in glass.

The rock-hard loaf has since been passed down for five generations.

Ruttinger’s father, Morgan Ford, was entrusted with the cake until his death in 2013. The cake went to church, attended family gatherings and even appeared on “The Tonight Show With Jay Leno” over 15 years ago.

Leno bravely tried a tiny bite in 2003 after cutting into it with a pocket knife. “It needs more time,” the former late night host joked. Ford, who also took a nibble, described the confection as tasteless and “not good.”

The oldest known cake in the world that still exists today was made from sesame, honey and possibly some milk. It was found in the grave of Prince Pepionkh, who lived in Egypt around 2200 B.C., according to Guinness World Records. 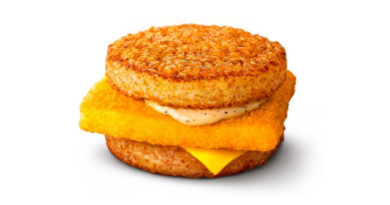 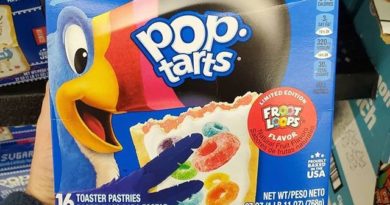 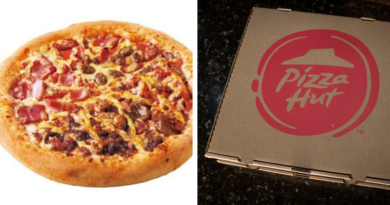